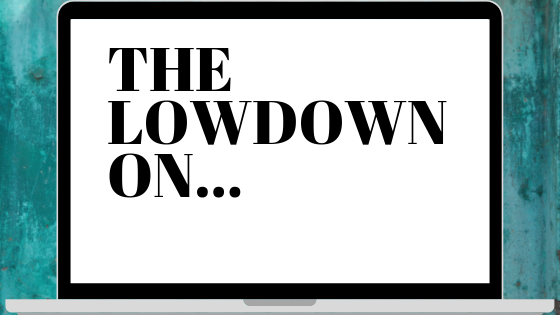 This one is a little different to the typical discussion topics that I’ve seen, mainly in the fact that this isn’t from the community, but an observation turned question in my head. Romance as a genre is an amazing category of books that in all honesty gets way too much criticism and judgement from non-readers. I know sometimes I myself have looked at Romance books as an easy addition to a reading challenge in the midst of larger, mostly YA or Fantasy books, so this is calling myself out a little too. So, what’s the focus of this? Well, it boils down to a couple of questions that center around Romance both as a genre, and as a feature in other genres. Mainly the following questions:

Why do we judge this genre so harshly as outsiders?

This one I’ve thought about quite a bit, mainly because I’ve seen it – albeit in a minor form – for several different genres. Judgement and the concept of gatekeeping aren’t foreign to most readers since you’re bound to run into someone at some point online or in your day to day life. Everyone has an opinion on reading, even if they don’t actively do it, so judgement on a particular genre? It’s almost a given. It’s even in how we refer to some movie genres, like the oh so familiar Rom-Com, or the Hallmark movies. Yes, they do follow a pretty common formula, but no one judging seems to look at why they are so popular, or what is driving the demand for them. Sorry, that was definitely Marketing talk, but it really gets me that you can hear so much judgement on something like this, but no one criticizing ever looks into the why. Romance is an overall genre, so yes there will be some not as critically written pieces in there, but that’s the same for Fantasy, Historical Fiction, and other genres. It’s not solely Romance that has that issue.

What the Romance genre in particular seems to capture really well is a mixture of really well thought out characters, who almost always experience a period of growth, and relationships that bring the two characters together. Can they be sappy? Yes, but I’ve seen some pretty hard hitting romances too, so like I’ve said it’s a pretty big genre that encompasses quite a mix of stories and characters. Does anyone reading these stories deserve judgement? No, and I’m hoping we start to see fewer judgements on what others read. I’m typically just happy to hear that someone else likes books, and elated when I find out we have some books in common. What they read or how they read really shouldn’t change that.

Why do other genres that include Romance struggle to portray it?

This is one I’ve heard, lately with some of the videos I’ve been watching on the Fantasy genre. It’s a genre that typically focuses on adventures, magic, and war, so it stands to reason that it’s not always going to have the strongest romances out there, nor are the authors always going to be the best at bringing romances to their stories. I think this is why YA Fantasy has hit such a stride, it brings a mixture of both genres so you get the best of both worlds. In my opinion, it does mean that some of the Fantasy worlds aren’t as complex when compared against worlds like that of Lord of the Rings, or Game of Thrones (which are filled with world information, but also huge) but the romances? They are definitely on point, and captivating. I’m honestly waiting for that moment where we really have that perfect mix of expansive world building, compelling story-telling, and epic romance all in one package. Maybe we just need a duo of a Fantasy author and a Romance author to make this happen? Until then I plan to read YA Fantasy as much as Fantasy to get a good mix of everything.

What makes a good genre hybrid when it comes to Romance in particular?

This one is purely subjective, I think it’s a matter of what genre you prefer over the other in the mix. For me, I love a good romance in a story, so if a YA, Fantasy, or Science-Fiction have a good romance mixed in, and the pacing is good I am totally on board. It’s probably going to be one of my struggles as I read some of the bigger pieces of Fantasy this year since I’m always looking for couples and romance in books, sometimes even when they aren’t really there. Guess I’ll find out, huh?

When it comes to Romance as a genre or sub-genre, what are your thoughts? What is your favorite genre hybrid? Let me know in the comments below!