When I knew they were going to do special editions of Chain of Gold, I was hunting on the internet for the best deal and the best option. Of course, I knew every first edition would have bonus content already, but if your favorite author is releasing a new book, you go all in. With there being several boxes that did a special edition of this book (and all now officially out there), I figured now would be a good time to go into my thoughts on this one, and decide what my plans for book 2 will be. Considering this book came out right around the beginning of the Covid-19 outbreak across Europe and America, shipping will not come into scoring. I was sad not to get the book the same time everyone else did, but that isn’t something in the company’s control. 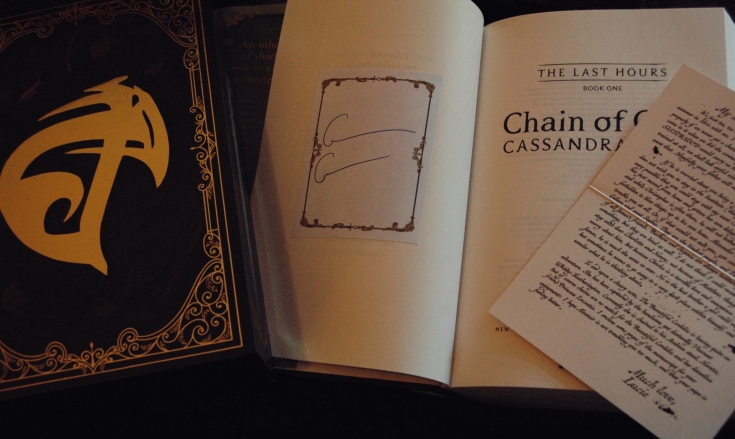 Overall Rating: 4 out of 5 Stars

The physical copy of the book is exactly the same as what you would get on preordering from Amazon or other big retailers. Cassandra Clare and her publishing company have been awesome with their last several releases, giving pre-orderers something special no matter where they order from. I really love the first editions I get of hers, they all have bonus content, or a chance at a pre-order gift, so if you love Clare’s work, I really suggest pre-ordering. It’s honestly one of the better pre-order investments out there. That said, if you are interested in doing LitJoy’s edition, don’t do it for a special edition of the physical book. I knew going in that the book itself would be the standard first edition, but compared to Fairyloot or Waterstones, this one didn’t give that level of pizzaz.

The slipcase is perhaps the coolest part of this box, it’s shiny, has a rune and quote on the different sides, and on the spine is an image of Cortana. What was disappointing though was the fit and shape of it. It’s hard to get the book in and out of this thing, to the point that getting photos was a bit of an ordeal. I also somehow got it in upside down the first time, so there was some frustration. The shape I mentioned, was that a bit of the top had peeled off, which I can glue back no issue, it’s just sad to already have to do that. Overall, the detail of the slipcover is really nice, and looks amazing on my shelf with all the other Cassandra Clare books. 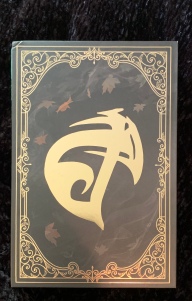 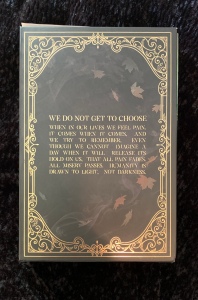 This piece was cute, and filled with Cordelia and Lucie’s friendship. The quality of the paper and envelope are very nice, and this was written by Cassandra Clare, not a fan written letter. Out of the items though, it’s perhaps not the most exciting, it honestly is just sitting inside the book right now, so not a show stopper.

This one was a great addition for me, since I still have yet to meet Cassandra Clare and get any of my books signed. The closest I’ve gotten to signed books are the few first editions with her signature stamped in, so I feel like I’m getting one step closer to the dream with this one! I was apparently a little too fast placing in this book, so no images of the bookplate before it’s now official home.

Out of all the items, this one was my absolute favorite! You might be amazed by this, but I don’t have a lot of book art in my library. All the book money goes to books usually, so this is uncharted territory for me. I love this print, and went immediately to frame it in one of few frames I have. In the end, this might be the one item from the box that I see the most, since it’s on my shelves and is a really cool concept of James and the shadow world he deals with. 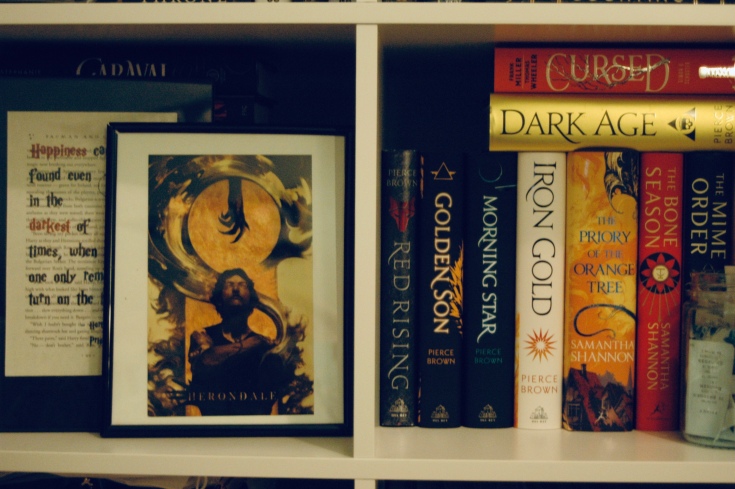 I really liked getting this box in the mail, and finally getting to read the book after hearing so much about it, but there were some drawbacks. One of the big issues I had was that it was hard to feel confident in a buying choice when all the boxes/stores were releasing their versions at different times. If it wasn’t a matter of how quickly they sell off this wouldn’t be a big deal, but there was pressure to find the right one at the right time, and I think in hindsight I would have enjoyed the Fairyloot one more. It felt like for about the same price you got more and a truly special edition. Honestly, that might be the one I go with for book two if they do that one. The second issue was that it felt like the marketing was outlining more than what they were putting in the box. In the initial post it states there would be a slipcase, letter, signed bookplate, art, and a book with special chapter. At some point before buying I did understand that they were just noting the first editions would have a special chapter, but it wasn’t really clear that that was all first editions (not just Litjoy). I still really enjoyed getting this, and don’t regret the purchase, but will have to weigh in all the options better next time.

One thought on “LitJoy Chain of Gold Box”