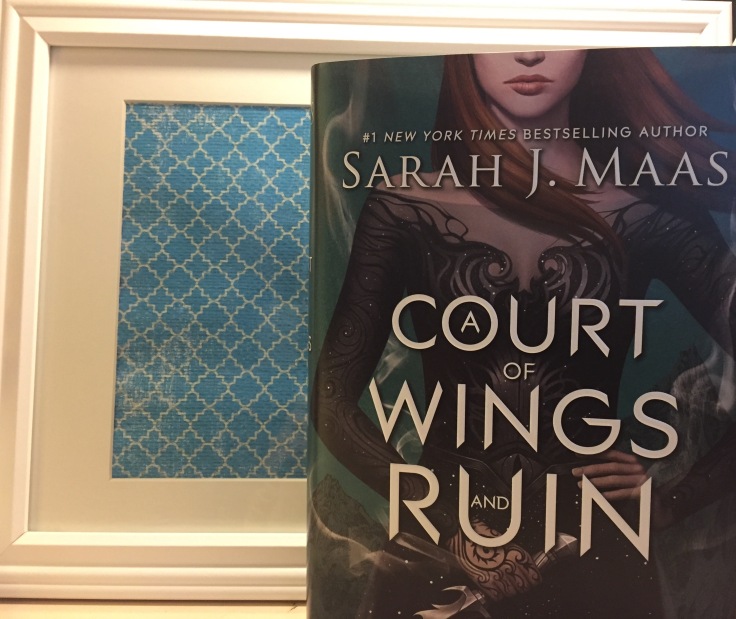 In this book, we see Feyre become someone that is a force of her own.  Now some of you might say she was already that in both of the books before this, but we see her work not only on her own in this book, but come to terms with some of the darker parts of her past.  I won’t go into any detail on what, when, where, or how since I aim for these reviews to be as spoiler free as possible, just know we get some good character development.

So, here is the breakdown:

This was a well crafted series, and this book had me from the moment I set eyes on page one.  There were some moments that felt a little over-explained, but I’ll take that over under-explained, and in the end it all had a purpose.  If you’re reading this and questioning whether to read the series based on how the ending of the series went, you need to go get A Court of Thorns and Roses immediately!  This series is not one to miss, and is frankly my favorite that Sarah J Maas has written.

This book didn’t feel as explosive as A Court of Mist and Fury, but to be fair, a lot of things had to shift politically and personally for Feyre in the second book.  In this book the major focus was on the war and trying to fight for what was right, it was called ACOWAR for good reason.  This usually means having different plot twists than in the times leading up to a war, and Maas didn’t disappoint.  In the period of time building up to the actual first battle, and so on, there were changing alliances, and many characters who worked behind a mask of their own (see what I did there?).  This kept the book interesting, and overall lent to it earning a five star review.  I wish I hadn’t had a cold during the reading of this (my poor head), but even then I loved it, and will likely love every book that comes after (yes there are Mor).

I think the answer should be clear by now; yes!!!!  This book had a fantastic beginning, middle, and end, and the series has been the one series that is always on my mind.  I love the characters, relationships, action, intrigue, etc.  Everything about this series keeps you on your toes, and it made me come real close to crying (I’m not usually a crier).  I keep almost slipping on the scene that made me about cry and telling you guys, but I’m keeping my mouth shut since I said spoiler free.  Maybe we can have a spoiler discussion sometime.